So back in 2000 and my Hot Rod Days… (and my too many tickets/points days) I bought a beltronics vector 985 radar detector for something like 400 bucks (a lot of coin at 20 years old).

Fast-forward about 8 years and the thing is still working great… until that faithful day. I’ve come accustom to not hearing the start up sequence of the radar detector when i turn my car on, however its extremely annoying and anyone else in my car clearly notices it. Well one day my wife and I were out and about and when i turned the car on, she didn’t hear that horrible beeping and squealing.

"Sweetie, I think the radar detector finally bit the dust." Granted, I’ve had my eye on the STi Driver for a good few months now but at 500 bucks, thats airfare out west to ski or something.

A few days later, with the radar detector still in my car, i hear it go off at a area that it normally would pick up a false reading. I think, great, she’s still good to go. Alas, it wasn’t meant to be, and she never spoke another word. I did some research and found that back in 2001 a lot of people were posting up about their speakers going out. I looked into getting a new speaker beltronics doesn’t have them anymore, and no radio shack actually carries electronics parts anymore, its just ipod accessories and cell phones…. I didn’t think that much more about it …. UNTIL…. I’m at the grocery store picking up a card for my mother’s birthday when i stumbled onto the audio cards, you know the ones you open and it plays a song or lets you record what you want to say. Then it hit me, there’s gotta be a little speaker in this thing, i wonder if it would work.

Sure enough, I peel back the card and there it was, a two wire speaker slightly larger than the one that was already in my radar detector. So get the card, go home and sure enough,it works

1) take out the two bottom screws: 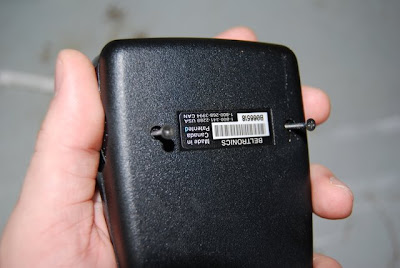 2) Pop out the front cover and the speaker cover 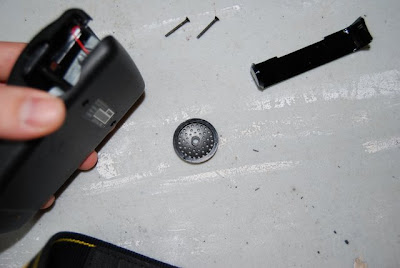 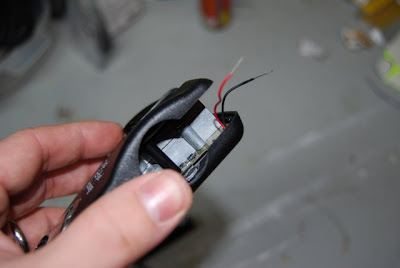 4) Next, grab the audio card, i found it appropriate that mine was big on "skills" 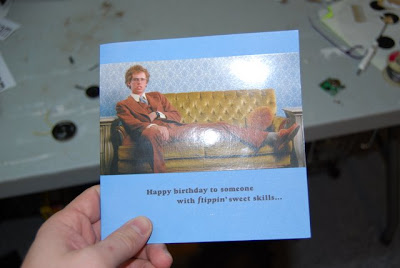 5) Get to the electronics, and snip the wires as close as possible to the motherboard. 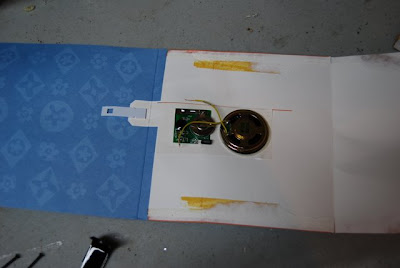 6) Here’s where you need to run a quick test, chances are you dont have a way to power a car device inside your house, (i didn’t) so you have to take the unit out to your car and plug it in. Then touch the wires of the speaker to the wires on the unit, my speaker wires were both yellow with no clear indication on which was positive and neg. So once i figured out which wires were which and i got sound out of the speaker, i marked my positive wire and went back inside. 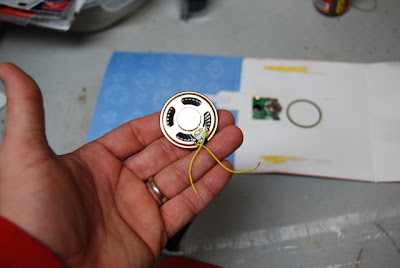 6) Next just connect the wires (kinda hard they’re so small), twist them up and solder them if you can, if not just tape them. 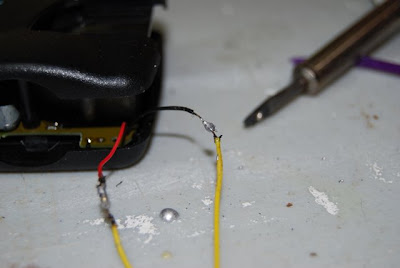 7) I taped mine after the fact as well. 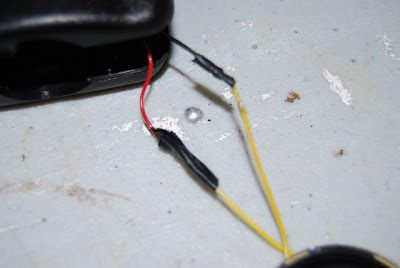 8) Next thing i did was drilled some holes in the top of the case of the unit, because my speaker was too large to sit vertical where the old speaker sat, i had to tuck my speaker up in the unit. To get clear sound i put in a few holes to let the audio through more clearly. 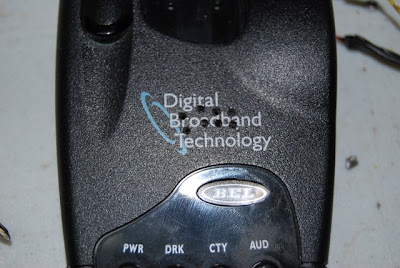 9) Here i tucked the speaker in and secured the wires. you can see in the second photo how my speaker is up iside the unit. The circle cut out of the side of the unit is where the original went. Obviously when you go to find your speaker in your card of choice, you might be able to find a smaller one . 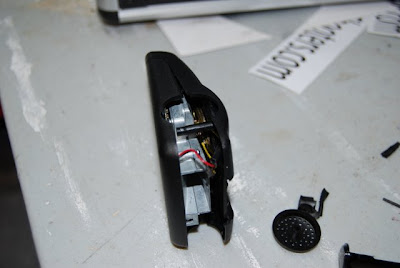 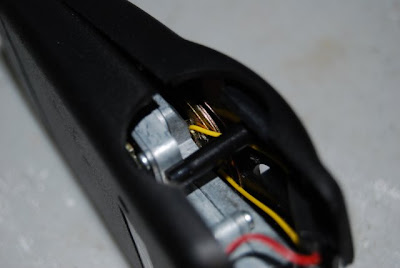 10) Lastly, put the screws, face plate and old speaker cover back in place. Since my speaker is lower in the unit, it bows the plastic a bit so in the photo below you can see its not a perfect fit but well with in acceptable limits . 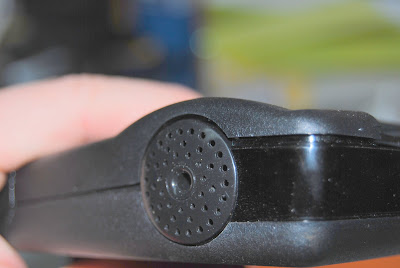 There you go, put it back in the car and test it out. The one thing i noticed after the fact, is there there is a small plastic peice at the top of the unit, that holds in the arm to attach to the window, with new speaker in place this bows up the plastic as i said before, and this plastic plate doesnt hold so well so affixing it to the unit with adhesive or something might be in order.